An Evening of Monologues


An Evening of Monologues

An Evening of Shakespearean Monologues is compiled and directed by Jane Farnol.

Some of the area's finest actors come together for this ONE NIGHT ONLY event celebrating the best of the bard with an evening of William Shakespeare's greatest monologues. From Romeo & Juliet to Hamlet, and everything in between.

For the safety of our audience and performers, The Sherman Playhouse will be following local and national theater protocols regarding COVID-19. Audience members will be required to provide proof of vaccination and wear masks during the performances. Questions can be directed to information@shermanplayers.org. 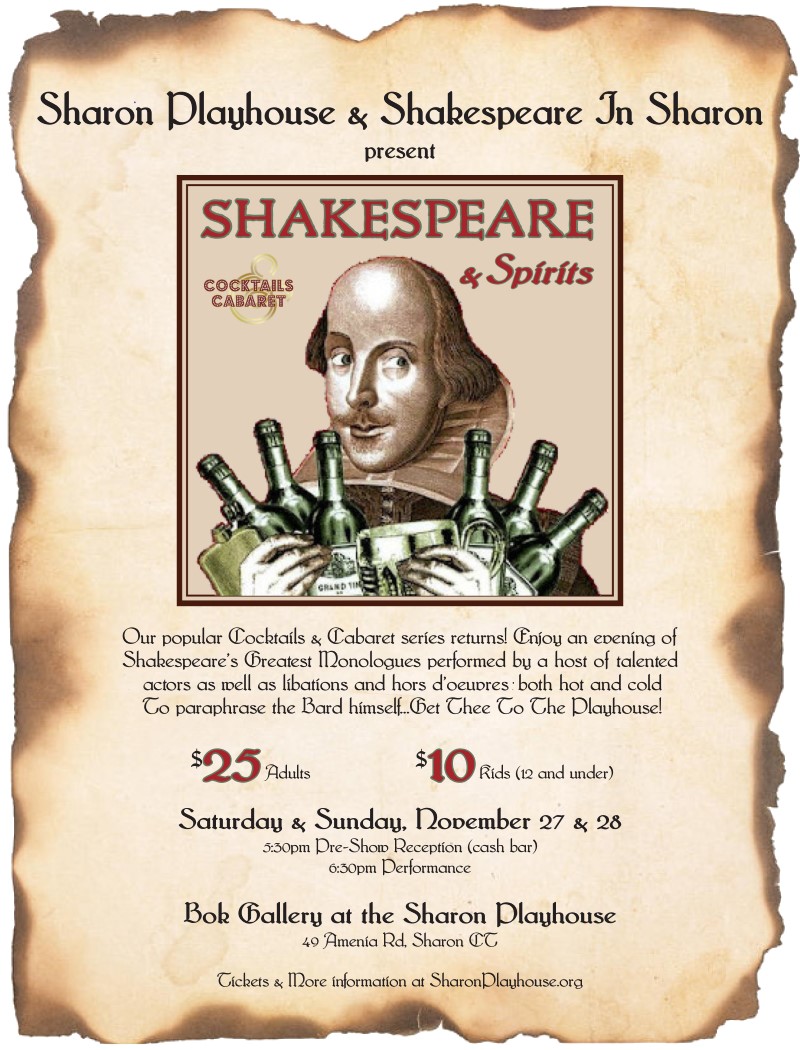 John Taylor (Executive Producer) With principal roles in two movies and twelve weeks on Broadway in THE EXES during 2019 behind me, I thought I was "on a roll". Then came Covid! It set me to dreaming of the Shakespearian Age and a return to simpler days. I hope you approve and enjoy the efforts of a wonderful, enthusiastic cast. They didn't come on the back of a horse-drawn cart; but you get the idea.

Jane Farnol (Director/Choreographer/Compilation) was trained at RADA. NYC credits include The Hostage (Sheridan Square), The Trojan Women (Circle in the Square), and Ann in the Broadway production of "Hail Scrawdyke!" directed by Alan Arkin. At the American Shakespeare Festival Theatre in many roles. Television: running roles on "The Guiding Light" and "As the World Turns". Film: "The Colonial Naturalist". Jane has directed over thirty-three plays in seventeen years. She is overjoyed to be back with a live audience!

Nathely Abreu (Rosalind, As You Like It) is excited to work with Jane and have her Shakespearian debut! Credits include Blood At The Root (Raylynn).

David Almquist (Announcer) has been a rustic, a convict, a courtier, and a caretaker - all for Jane. He was Mr. Daigel to Beth Bonnebeau's exquisite Mrs. Daigel. He has been a sheriff (twice) and various townspeople. He is happiest on his tractor.

Katherine Almquist (Queen Margaret, Henry VI part 3) was last seen as Titania in Shakespeare in Sharon's debut production A Midsummer Night's Dream. Favorite roles include Marquise de Merteuil in Les Liaisons Dangereuses, Marlene Dietrich in Marlene!, Madame Pernell in Tartuffe, Mrs. Higgins in Pygmalion, Madame in The Maids, and Miss Makay in Prime of Miss Jean Brodie. She is delighted to be in this jewel box of a theatre, spewing rage and revenge.

Frank Arcaro (Philip The Bastard, King John) Following my retirement from Tiffany & Co. after a really fascinating and rewarding 33 years I jumped back into the love of my school years - theater. At New Milford Theatreworks I appeared in 3 plays and directed 3. Looks like direction is winning out and I hope to get back to it soon.

Adam Battelstein (Richard III) has worked as a dancer, actor, choreographer and writer for the past 25 years. He toured around the world as a performer and later Creative Director with Pilobolus for 19 years. He was a guest artist with MOMIX as well. In addition to a half dozen Television commercials, he has performed on Good Morning America, Late Nite with Conan O Brien, The Ellen Show, The Oprah Winfrey Show and the 2007 Academy Awards. His Shadow Company, Catapult, was a finalist on America's Got Talent in 2013, Season 8. Most recently Adam created an evening length premiere for the 2018/19 Mozart Festival in Salzburg, Austria (a scripted shadow dance work which played for 3 weeks to sold out houses). His one-act play "It's Not My Party" was selected for presentation by the one-act festival in New Milford, CT and later in Sharon as well where he was selected as best male actor for the evening performances. His Shadow Illusion Company, Catapult, tours the United States, Europe and Asia. Adam brings his background in theater, dance, fight choreography, martial arts, playwriting and some skills from his mother who was a sculptor to his shadow endeavors. He is honored to be performing at Sharon Playhouse again.

Noel Desiato (Portia, Merchant of Venice) is pleased to return to The Sharon Playhouse having previously portrayed Aloysius in Doubt and also in her One Woman Show Tea At Five, life of Katherine Hepburn.

Irine Dumitrascu (Puck, A Midsummer Night's Dream) is pleased to return with SiS after appearing as Puck in AMND. She comes from a theatrical family and was exposed to many aspects of acting throughout her young life. However it was only recently that Irine discovered her love for acting with the help of her family and her theatre teacher Jenn Moros. She is currently a high school freshman.

Alex Echevarria (Iago, Othello) is excited to be working with Jane Farnol again after almost twenty years. Jane gave Alex his first "big break" in community theater with the role of Orsino in Twelfth Night many years ago. He is happy to working once again under her masterful eye.

Agnes Fohn (Phebe, As You LIke It) is happy to return to the stage after being away for far too long. She is a photographer whose work can be seen on Instagram at truemuseboudoir.

Roger Grace (Jacques, As You Like It) is happy to be with Jane again after Taming of the Shrew and AMND. Prior credits: Hairspray (Landmark), And Then There Were None (Warner), It Shoulda Been You (Goshen), Sweeney Todd (Brookfield), Man of La Mancha (NMTW), Four Weddings & An Elvis (Phoenix), Shrek (MAR), Drowsy Chaperone (Goshen) and Rumors (CTAW).

Joe Harding (Benedick, Much Ado) has been in the healthcare field for over 25 years! He resides in New Milford , and has been involved with local theatre since the nineties. Joe has appeared in productions of AS YOU LIKE IT and THE TAMING OF THE SHREW. Thank you all so much for coming and enjoy the performance.

Abi Heydenburg (Viola, A Midsummer Nights Dream) is excited to work again with SiS after playing Helena in AMND. From a young age Abi loved the stage (that rhymed). Credits include Much Ado, Philadelphia Story and Prime of Miss Jean Brodie. Abi is pursuing her MPH at University of Vermont and going wherever the wind takes her!

Sean Latasa (Malvolio, Twelfth Night) was last seen in AMND (Bottom), Moon Over Buffalo, Macbeth, and virtual shows Taming of the Shrew, Richard II, Mr Burns, Miss Bennett: Christmas At Pemberley (Darcy), Are You My Sister, Skin Of Our Teeth, Connections, AMND, and Henry V and previously 1776, 12 Angry Men, You Can't Take It With You, Scrooge, And A Nightingale Sang.

Christiane Olson MFA (Isabella, Measure For Measure) is a professional actor and singer who has performed in New York, Illinois, Washington, Michigan, Kentucky, Colorado, Massachussets, Connecticut and Paris, France. Some favorite roles include Titania (AMND), Kate/Lilli (Kiss Me Kate) and Catherine Donohue (These Shining Lives). She will be in the upcoming It's A Wonderful Life: Radio Play at Sharon Playhouse.

Thomas Samuels (Hamlet) is excited to appear in another production directed by Jane Farnol. Most recently, he played Demetrius in AMND (Sharon). With Brookfield he appeared in Moon Over Buffalo, the Scottish play, Taming of the Shrew, AMND, Henry V, and Richard II. Thomas thanks Jane for this opportunity and his girlfriend for being a literal, canonized saint.

Todd Santa Maria (Henry V) has acted, directed and choreographed at theatres all over CT, NY and MA. Acting credits include Red, Importance of Being Earnest, Fully Committed, Normal Heart, Peter & the Starcatcher, Angels in America, Twilight: LA 1992, and The Little Dog Laughed. Todd looks forward to directing Disaster! in Brookfield next year.

Maureen Sheehan (Gertrude, Hamlet) was introduced to Sharon a year ago when she played Mrs. Merritt in FROM SHARON TO SPOON RIVER, which she reprised in 2021. A graduate of Simmons College, she appeared in numerous plays including several from Shakespeare. Since then she has performed at Waterbury Community Theater, Clockwork Repertory, and at TheaterWorks New Milford where she had been cast in MORNINGS AT SEVEN which was cancelled due to the pandemic.

Emily Soell (Portia, Julius Caesar) has performed at Sharon Playhouse in THE MUSIC MAN, WEDDING SINGER, BEST LITTLE WHOREHOUSE..., DAMN YANKEES, MY FAIR LADY, GYPSY, ANYTHING GOES, and CRAZY FOR YOU. Emily also appeared in season one of the HBO series THE LEFTOVERS. She currently serves as President of Sharon Playhouse Board of Directors.

Joanna Tucker (Stage Manager) is happy to return with Shakespeare in Sharon after this summer's wonderful AMND. Stage management credits include MOON OVER BUFFALO, LAST MEETING OF THE KNIGHTS... and CHALK GARDEN. Joanna teaches English at Marvelwood School. Love always to daughters Bella and Irine (Puck!).

Alan M-L Wagner, Michael K. Baldwin, the Board of Directors of Sharon Playhouse, and the staff and volunteers who helped with the show. 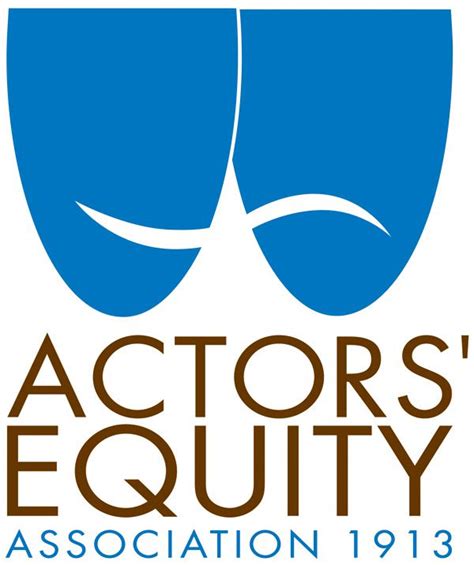